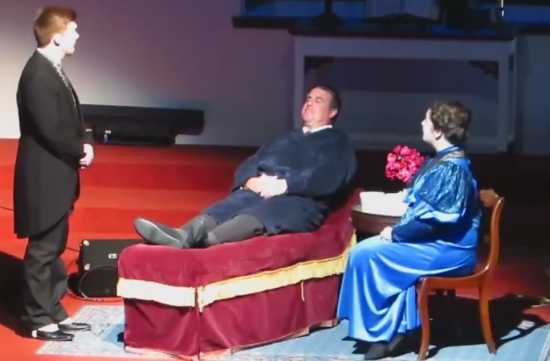 Six years ago, I wrote a play for church. It was called “John Newton: A Wretched and Admirable Man,” and I performed it with Chris Williams, who went home to be with the Lord earlier this year. While he was still with us here on earth, I learned about The Greenberg Playwright Competition, which was organized to seek writing talent in the state of Indiana. I talked to Chris about it, and he suggested that I submit that play.

I decided I would follow Chris’s advice, and I looked at the script, thinking I would just “tweak” it a bit and send it in. However, when I finished reading it, I thought to myself, “I remember it being better than this.” So I decided to watch the video, and I realized that it was, indeed, much better than my initial script. That’s because Chris, who played the role of Nigel Bremley, had adjusted his lines, and the other actors adjusted in response. The result was much better dialogue than what I originally wrote.

So I rewrote the script based on the video, retitled it as “Amazing Grace,” sent it in, and it won one of the categories! As a result, it was assigned a professional director, David Coolidge, and three talented actors (Cameron Gamble, Natalie Gamble, and Andrew Persinger). They worked on the script, improving it even further, and they ended up delivering an incredible performance at The Alley Theatre in Anderson, Indiana. They were all generous enough to agree to perform it the next day at my church, and I tried to get a video of it.

Churches aren’t really made for videos, so the result is not what I had hoped for. Also, one of the cameras failed, so the end of the play, which is the most dramatic part, had to be finished with a poor-quality camera. If you watch the video, you will see what I mean. Below the video, I have a link to the script. Please feel free to use it in any way you think will edify the Body of Christ, but I do request a credit as the author.