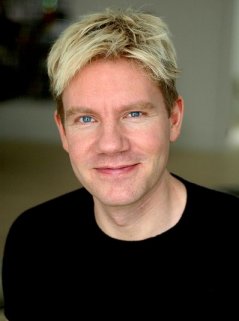 Bjorn Lomborg is the Skeptical Environmentalist
(Click image for credit)

Because I have written extensively on the topic of global warming and have appeared in a documentary that addresses it from a Christian viewpoint, I was invited to pre-screen Ondi Timoner’s documentary, Cool It. This excellent film is based on a book with the same title, which was written by Dr. Bjorn Lomborg. It also stars Dr. Lomborg himself. Even though I am not a fan of documentaries because it is hard to check their facts, this one is definitely worth watching. If nothing else, it fills the gap between Vice President Gore’s nearly science-free, fear-filled documentary An Inconvenient Truth and the more scientific The Great Global Warming Swindle, which lacks a “take home” message on what should be done when it comes to sane environmental policy.

Dr. Lomborg is an associate professor of statistics in the Department of Political Science at the University of Aarhus in Denmark. He claims to have been a member of Greenpeace who got tired of the hyperbole that is inherent in most radical environmentalist materials. After scientifically investigating a few of the more ridiculous claims of the modern environmentalist movement, he officially left Greenpeace and embarked on a quest for sane environmentalism. Greenpeace, however, says it has no record of Lomborg being an active member. In any event, his scientific investigations led him to author a book called The Skeptical Environmentalist. While Lomborg took a lot of heat for that book, the criticism was often based on falsehoods, and that is the subject of the opening parts of the documentary.

After setting the stage with cute little children explaining the doom that will befall the earth because of global warming, Dr. Lomborg tries to set the record straight regarding the message of his book, The Skeptical Environmentalist. Using old talk-show footage, he shows that unlike many of his critics claim, he never questioned the reality of global warming. He shows that he has always held to the idea that global warming is real and is caused, at least in part, by human activities. The points he stressed in his book (and since then) are that (a) the costs of cutting carbon emissions to stop global warming are astronomical and will do very little good, and (b) there are significantly greater problems that the world faces, and we can do something about some of them.

While I disagree with him on the “global warming is real” issue, I have always appreciated his pragmatic approach and his pursuit of sane environmental policy. Both of these qualities are on full display in Cool It.

After attempting to make it clear that he has never been a “global warming denier,” Dr. Lomborg states some hard truths for environmentalists. First, he takes aim at Vice President Gore for making a documentary that was long on fear and short on facts. To emphasize this, he has Dr. Freeman Dyson evaluate Gore’s film:

That’s a brilliant film full of lovely things, but the only problem is that a lot of it isn’t true and a lot of it that is true is misinterpreted. It’s a great piece of propaganda.

Rather than doing a point-by-point rebuttal of Gore’s film, Dr. Lomborg concentrates on four issues:

2. Gore’s film says hurricanes will get worse due to global warming. To convince you, he shows a graph of hurricane destruction over the past century, and it shows a steady, alarming rise. As Dr. Lomborg notes, however, that is based on damage in dollar amount and is merely reflective of the fact that as the years progressed, more and more development occurred near the ocean.

4. Gore’s film says global warming is killing polar bears. Lomborg says that the worldwide polar bear population has increased from 5,000 to 22,000 since the 1960s. Also, he says the best estimates indicate that global warming will kill about 1 polar bear a year over the next century, but we currently shoot 500 polar bears each year for a variety of reasons. To illustrate the absurdity of Gore’s nonsense, he simply says, “If you want to save the polar bears, we should stop shooting them.”

That kind of pragmatism is the theme of this entire film. For example, Dr. Lomborg teamed up with scientists and economists from around the globe to work on the “Copenhagen Consensus,” an action plan to address global warming and the other ills this planet faces. In the end, he said to assume we could spend 250 billion dollars to “save the planet.” What do science and economics tell us would be the best way to spend the money?

In the end, the Copenhagen Consensus (CC) decides that trying to regulate carbon emissions is simply too costly and will produce very little benefit. If you want to keep people from producing carbon dioxide, you must make green energy affordable and attractive. Thus, rather than spending money trying to force people to stop burning fuel, spend money on trying to make more environmentally-friendly fuels. The CC claims this is a much more efficient and effective use of money.

In the end, the CC says 100 billion dollars should be spent on developing green energy such as solar power, wind power, wave power, and “terra power,” which is a next-generation nuclear power plant that uses very little uranium and produces very little long-lived radioactive waste.

The CC says that to “buy some time,” we should spend 1 billion a year on geoengineering – the concept of changing the planet to reduce the effects of greenhouse gases. This includes things like developing building materials that don’t trap as much heat as well as changing some of the characteristics of the planet, such as spraying sea water into the air to make clouds more reflective.

Now in the end, I don’t think global warming is happening. Indeed, the real data clearly say it is not. Only faulty computer models say that it is. In my mind, then, there is no need to spend money on global warming. However, that’s what I like about the CC proposal. Even if you don’t think global warming is happening, there are good reasons to do all the things on the CC’s list. Thus, not only will following the CC’s proposals do more good than the nonsensical idea of trying to force people to stop burning fossil fuels, a lot of the money will go to addressing real issues that actually affect people on a daily basis.

Indeed, this is one of the reasons I liked Cool It so much. Not only did it concentrate on real data instead of scare tactics, it also laid out an action plan that I can get behind. If you want to believe that these initiatives will help with “global warming,” great. Those of us who understand the data will back them for other reasons, like the fact that most of them will actually help people.

Unfortunately, I doubt that the CC’s message will be taken very seriously. This is best illustrated by one of the scenes in Cool It. Early on in the documentary, we see video footage of a Senate hearing on global climate change. The two people testifying are Al Gore and Dr. Lomborg. When Al Gore is testifying, the place is packed, and every senator is in his or her chair. When Dr. Lomborg is testifying, hardly anyone is in the room. Even most of the senators are gone.

That’s the problem we face today when it comes to science policy. When an idiot who knows nothing about the subject but is great at scaring people talks, everyone in government listens. When someone who actually knows something about the subject talks, most people in government leave the room. Until that situation changes, sane environmental policies are nothing but a dream.

If you are interested in seeing Cool It in theaters beginning this weekend, you can find a theater in your area here.