Good News for the UK 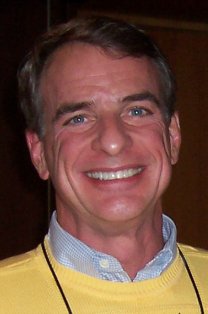 William Lane Craig is Research Professor of Philosophy at Talbot School of Theology. He has a formidable intellect, which is best on display during debates. In fact, noted atheist Sam Harris once described Craig as, “the one Christian apologist who has put the fear of God into many of my fellow atheists.” It’s no wonder that when William Lane Craig announced that he wanted to have a debate during his tour of the UK, most atheists ran for the hills.

Richard Dawkins, for example, was asked to debate Dr. Craig, and he refused. When asked why, his response was:

I have always said when invited to do debates that I will be happy to debate a bishop, a cardinal, a pope, an archbishop – indeed, I have done both, but that I don’t take on creationists and I don’t take on people whose only claim to fame is that they are professional debaters. They’ve got to have to have something more than that. I’m busy.

This answer, of course, shows that his only real reason for not debating Dr. Craig is that he knows he would get destroyed in such a debate.

Is Dr. Craig is a “creationist?” Is that why Dawkins won’t debate him? No. It’s true that Dr. Craig thinks that the entire universe was created by God, but so do Dr. Lennox and Dr. Collins, who Dawkins has debated. Dr. Craig is certainly not a young-earth creationist. In fact, he says that while he has no hard and fast position on the issue, he sees himself somewhere between a progressive creationist and a theistic evolutionist. So he is clearly not a creationist. In fact, he doesn’t even know exactly how to characterize himself on the issue.

Well, then. I guess that means Dr. Craig’s only claim to fame is that he is a professional debater. Once again, that’s quite false. Dr. Craig has a publication list that would be the envy of most academics. In fact, while he writes a lot of popular books, he continues to write in the peer-reviewed academic literature of his field. His claim to fame, then, is that he is an incredibly well-respected academic with many publications both in the literature of his field and for the general public.

When Dawkins decided to run away from William Lane Craig (using a fake excuse that has no basis in reality), another fairly well-known atheist (at least in UK circles) decided she would take his place. Polly Toynbee is a columnist for The Guardian and President of the British Humanist Association. She initially agreed to debate Dr. Craig, but has since backed out. She says:

I hadn’t realised the nature of Mr Lane Craig’s debating style, and having now looked at his previous performances, this is not my kind of forum.

Her claim that this is not her kind of forum rings hollow, since the Association for which she current serves as president says that one of its values is:

engaging in debate rationally, intelligently and with attention to evidence

I expect that she backed out because once she did some research on Craig’s arguments, she knew she had no chance in a debate against him.

Why do I bring all this up? Because it finally looks like there is a British atheist who is willing to take up the challenge. Stephen Law will debate William Lane Craig on the 17th of October at Westminster Hall. This is good news for the UK, because unlike both Dawkins and Toynbee, Dr. Law is an intellectual who is roughly on the same level as Craig. He is a senior lecturer in philosophy at Heythrop College, University of London and is the editor of the Royal Institute of Philosophy’s journal entitled Think. I read his book The Philosophy Gym: 25 Short Adventures in Thinking a few years ago, and while I disagreed with much of what he wrote, I readily admit that (unlike Dawkins and Toynbee) he is a deep thinker and has impeccable logic.

So as I said before, this is good news for the UK! Two hacks that Craig would have demolished in a debate have backed out, and a serious philosopher has entered the fray. I have no idea what his debating skills are, but if they are anything like his writing skills, I expect this to be a very interesting exchange. I do hope to find it on Youtube at some point, as Westminster Hall is a bit far from where I live!

9 Responses to Good News for the UK