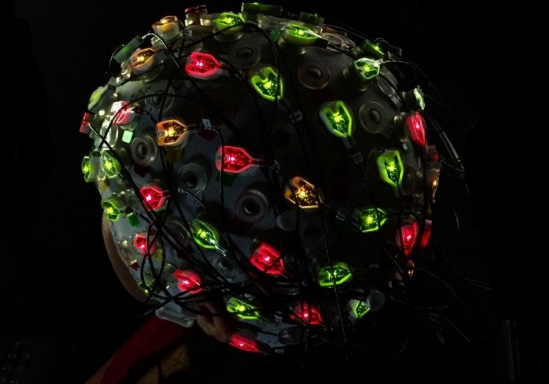 More than five years ago, I sat by a hospital bed where my Aunt Kay lay dying. Unlike my father, she was completely uncommunicative on her deathbed. She never made any purposeful physical movements, and despite repeated requests, she never indicated that she was aware of what was going on around her. I remember sitting there wondering whether or not she was “in there.” Was she able to hear the words of love people were sharing with her, or was she, for all intents and purposes, already gone? While I am here on this earth, I will never have the answer to that question, but a recent scientific paper indicates that in at least some cases, completely uncommunicative people really are still “in there.”

In this case, the study was done on four patients with advanced amyotrophic lateral sclerosis (ALS). Their cases are so severe that they are described as being in a complete locked-in state. This means that they cannot make any voluntary movements at all. They can’t even move their eyes. As a result, they have no way of letting others know what they think or feel. One of the patients had been unable to reliably communicate with anyone for six years prior to the study. Two of them had been in a similar uncommunicative state for two years, and one of them for several months.

The researchers outfitted each of the patients with a cap similar to the one pictured above. It could communicate with a computer that recorded measurements related to the physical workings of their brains. The researchers then instructed the patients that they would be asked several yes/no questions over the course of the study. Some would have answers that could be verified. Some would be “open” questions for which only the patient knew the answer. The patients were asked to strongly think “yes” or “no” (actually, “ja” or “nein” since the study was done in Germany) in response to each question. They were specifically told not to “picture” their response. They were told to only think it.

The researchers found that there was a noticeable difference in the way blood was flowing in the brain when the patient thought “yes” as compared to when the patient thought “no.” Interestingly enough, the differences were not uniform. Each patient seemed to have his or her own pattern of blood flow for the two thoughts, but in each case, the patterns were different enough to be distinguished (see Figure 1 in the study). Using those differences, they started asking questions and detecting answers over multiple sessions. For the questions with verifiable answers, they would tell the patient the accuracy over the course of the session as a form of encouragement.

In the end, they were able to achieve better than 75% accuracy with three of the patients, and slightly over 70% accuracy with the fourth. They asked the “open” questions (the ones that didn’t have verifiable answers) several times over the course of the sessions, and they found that more than 70% of the time they detected the same answer. This led them to believe that they could determine the correct answer to the “open” questions as well.

When it came to questions about the quality of the patients’ lives, the authors make this very interesting statement:

[three of the patients] answered open questions containing quality of life estimation repeatedly with a “yes” response, indicating a positive attitude towards the present situation and towards life in general…

That came as quite a shock to me. I would think that if I were in that situation, I wouldn’t say that I had much of a quality of life. However, at least three of the patients said that they did. Popular media accounts of this study say that all four patients were “happy,” but I can’t find that statement in the published study. Of course, it’s possible that the patients had such a positive attitude because they were finally finding a way to communicate again.

Obviously, this study is very preliminary and must be replicated with many other patients. However, it does give hope to those who are unable to communicate with the outside world. A lot of effort should be made to test and develop this (or a similar) technique, because it could be a life-changer for many “locked-in” people and their loved ones.