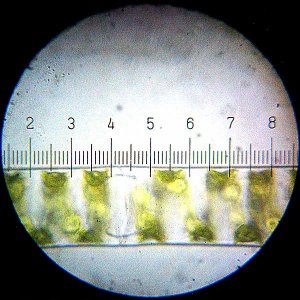 Spirogrya are part of the Zygnematales, which are now thought to be the closest living relatives of land plants. Click for credit

It is difficult to be an evolutionist these days. Back when morphology (the study of the form and structure of organisms) was the only way we could compare organisms to one another, evolutionists could spin tales of evolution unchecked. However, as science and technology improved, we became able to test those evolutionary tales against genetic data, and the results were devastating. Evolutionary relationships inferred from morphology are often quite different from those inferred from genetics.1

These problems came to mind recently as I read a study on the supposed evolution of land plants. Evolutionists have long thought that the the Charales, a biological order of pondweeds, are the closest living relatives to the ancestors of land plants. This is because the Charales are algae, but they are thought to be the most complex form of algae. In addition, they sexually reproduce by making freely-moving sperm cells and much larger, stationary egg cells. This is also the way modern land plants reproduce.

It only makes sense, then, that the most complex algae with the same basic reproductive mode as land plants must be closely related to land plants, right? Wrong…at least according to the genetic data.

Sabina Wodniok and colleagues compared 129 genes among 40 different land plants and algae. They say that their selections included a wide range of land plant diversity, all major lineages of the Charales, and other green algae as well. They found that based on the 129 genes they studied, the Charales were not the closest living relatives to the ancestors of land plants. Instead, the Zygnematales probably are. The say that their results are consistent with a few other studies that looked at both genes and RNA.4

Now by itself, this might not sound like a big deal. After all, science is a self-correcting endeavor. New data regularly correct errant assumptions. Thus, why should it matter that genetic data are overturning a generally-accepted view in the supposed evolution of land plants? It matters because the Zygnematales are less complex than the Charales, but more importantly, the reproductive mechanism of the Zygnematales is fundamentally different from that of the land plants.

The Zygnematales do not produce freely-moving sperm cells and larger, stationary egg cells. Instead, they make cells that are roughly the same size and crawl like amoebae. When they reproduce, a filament from one individual lines up with a filament of another individual. A tube is formed between the two, and either one cell crawls through it to fuse with the other cell, or they both crawl into the tube together and fuse there.

It seems plausible that the simpler morphology of extant Zygnematales represents a secondary simplification, similar to the loss of flagellate cells in this group, which may actually represent an adaptation to ensure sexual reproduction in the absence of free water. Alternatively, the morphological complexity of the Charales and Coleochaetales might have evolved independently after the three evolutionary lines (Coleochaetales, Charales, and Zygnematales) diverged.

In other words, either the Zygnematales “devolved” after the land plants started to evolve, or this is all just another wild coincidence.

These are the lengths to which one must go in order to be an evolutionist in light of the most current data. I am glad I don’t have to do such mental gymnastics to be a creationist!

3. Graham Lawton, “Why Darwin was wrong about the tree of life,” New Scientist January 21, 2009.
Return to Text