“Nylon”-Digesting Bacteria are Almost Certainly Not a Modern Strain 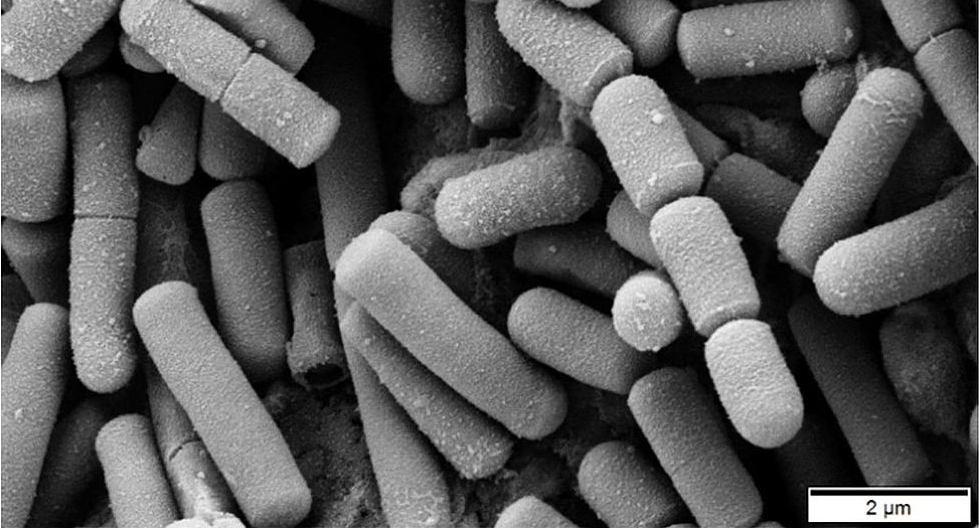 Evolutionists are fond of stating “facts” that aren’t anywhere near factual. For example, when I was at university, I was taught, as fact, that bacteria evolved the genes needed to resist antibiotics after modern antibiotics were made. As with most evolutionary “facts,” this turned out to be nothing more than wishful thinking on the part of evolutionists. We now know that the genes needed for antibiotic resistance existed in the Middle Ages and back when mammoths roamed the earth. They have even been found in bacteria that have never been exposed to animals, much less any human-made materials.

Of course, being shown to be dead wrong doesn’t produce any caution among evolutionists when it comes to proclaiming the “evidence” for evolution. When Dr. Richard Lenski’s Long Term Evolution Experiment (LTEE) produced bacteria that could digest a chemical called “citrate” in the presence of oxygen, it was hailed as definitive “proof” (a word no scientist should ever use) that unique genes can evolve as a result of random mutation and selection. Once again, that “fact” was demonstrated to be wrong in a series of experiments done by intelligent design advocates. They showed that this was actually the result of an adaptive mutation, which is probably a part of the bacterial genome’s design.

Recently, I learned about an impressive genetic study by young-earth creationists Sal Cordova and Dr. John Sanford. It lays waste to another evolutionary “fact” I was taught at university: the recent evolution of nylon-digesting bacteria. The story goes something like this: In 1975, Japanese researchers found some bacteria, which are now charmingly named Arthrobacteria KI72, living in a pond where the waste from a nylon-producing factory was dumped. The researchers found that this strain of bacteria could digest nylon. Well, nylon wasn’t invented until 1935, and there would be no reason whatsoever for a bacterium to be able to digest nylon before it was invented. Thus, in a mere 40 years, a new gene had evolved, allowing the bacteria to digest something they otherwise could not digest.

Of course, we now know that this story isn’t anywhere close to being true.

First, a couple of minor points. In their landmark study, the Japanese researchers specifically state that the bacteria were isolated from the soil, not a pond. So the common version of this evolutionary myth can’t even get the origin of the bacteria correct. Second, the bacteria were not capable of digesting nylon. They were capable of digesting nylon waste products. As Cordova and Sanford point out in their paper, nylon is made of long molecules that enzymes aren’t typically able to break down. In order for the enzymes to work, the molecules must be much shorter than nylon molecules. So Arthrobacteria KI72 bacteria don’t digest nylon. They digest broken-down bits of nylon molecules. Such sloppy scholarship is typical of evolutionary evangelists, but that’s not the problem with the myth. The problem is that the ability to digest nylon waste products is incredibly common in bacteria from a diverse set of environments.

Cordova and Sanford wanted to see if they could find out just how common the ability to digest nylon waste products is among bacteria, so they looked at the NCBI database, which contains genetic data on many species of bacteria. They searched for genes that are similar to the known nylon-waste-digesting genes, commonly called “nylonase genes.” The similarity had to be strong enough to indicate that those genes would allow the bacterium to digest nylon waste products. They found a total of 355 different bacterial species that had such genes! The bacteria come from diverse environments, including one (Cryobacterium arcticum) that lives in arctic soils, far removed from human activity. As the authors state:

Now remember what the evolutionary myth about nylon-waste-digesting bacteria says. It says that such genes evolved only after 1935. Do you really think that genes which evolved so recently would spread to at least 355 different species of bacteria in “a great number of natural environments” in under 80 years? That’s awfully hard to believe.

Of course, fervent evolutionists regularly believe things that stretch the limits of credulity, so let’s say that this kind of rapid gene dispersal is possible. Cordova and Sanford’s study still invalidates the myth, because the crux of the myth is that there is no reason whatsoever for a bacterium to have a gene that allows it to digest nylon waste products if nylon waste products aren’t around to be digested. However, there aren’t nylon waste products in the vast majority of environments in which these nylon-waste-digesting bacteria are found. Thus, we know for certain that bacteria do, indeed, carry around the gene for nylon-waste digestion, even when there is no nylon waste to digest.

That’s not the end of Cordova and Sanford’s work. They use another biological tool, UNIPROT, which gathers information on proteins that are produced by organisms in nature. They found that there are 1,800 different organisms that produce enzymes which should be able to digest nylon waste products, based on standard biochemical calculations. In other words, the ability to digest nylon waste products seems to be all over creation. They end their paper by analyzing the two competing models for how evolutionists thought nylonase genes evolved. They show that neither model works based on our current knowledge of genetics.

While the last part of the study is interesting, evolutionists can always come up with another model that contains even more wishful thinking. Regardless of the model employed, the ubiquity of nylonase genes and nylon-waste-digesting enzymes show that nylonase genes did not evolve in response to the production of nylon.