The research was done by a team of scientists from Australia, Russia, and Germany. They collected Dickinsonia fossils from Ediacaran rock found on a cliff near the White Sea in Russia. This rock is thought to be 558 million years old. They found a thin layer of organic film on top of the fossils, and they chemically analyzed that film. They found cholestane, which is a chemical remnant of cholesterol. It is important to note that they didn’t find cholesterol itself. They found a decay product that indicates the one-time presence of cholesterol.

Why is this important? Cholesterol is a common component of animal cells, but significant amounts of it are not found in lichen, protozoa, or fungi. Thus, the one-time presence of cholesterol indicates that these fossils were animals. But couldn’t the cholestane be contamination? That’s a possibility, so the researchers chemically analyzed the rocks surrounding the fossils. In those rocks, they found little cholestane. Instead, they found the remnants of steroids that are commonly found in algae. So the cholestane is definitely associated with the fossils themselves and is probably not the result of contamination.

If a large number of the Ediacaran fossils end up being classified as animals, I think that will add to the long, long list of problems with flagellate-to-philosopher evolution. Since these fossils are supposed to have come before the better-known fossils found in the Cambrian, they would represent either the animal ancestors of the Cambrian organisms or some evolutionary offshoot that came from those animal ancestors. Either way, evolutionists are now faced with the task of trying to figure out some fairly close evolutionary relationship between the Ediacaran organisms and the Cambrian organisms. Given that these two sets of fossils are so radically different from one another, I suspect that will be a daunting task!

When you read about earth history in most textbooks, lots of definitive statements are made concerning events that occurred in the distant past. For example, in Biology: How Life Works, Volume 1 (Morris et. al., Macmillan 2014, 2016), students are told:

A giant meteor struck Earth 66 million years ago, causing the extinction of dinosaurs and many other species…Researchers have documented other mass extinctions, but the event that eliminated the dinosaurs appears to be the only one associated with a meteorite impact. (p. 7)

Any unsuspecting student reading those words would think that we know that a mass extinction of dinosaurs occurred 66 million years ago, that it was definitely cause by a meteor impact, and that there have been other mass extinction events as well.

The problem, of course, is that definitive statements like the ones above come from interpretations of the fossil record. The fossil record itself is spotty at best, and the interpretations are based on all sorts of unverifiable assumptions. So the obvious question becomes, “How accurate are those interpretations?” That’s awfully hard to test, since we can’t go back in time and confirm them. However, the great thing about science is that original thinkers can come along and figure out ingenious ways to test what you might think is untestable.

A team of researchers from the Florida Museum of Natural History, the University of Bologna, the University of the Bahamas, and the State University of New York at Geneseo decided to test how well we know things like the mass extinction events discussed in the textbook I just quoted. They took a series of geological samples from the Po Plain in Italy that are supposed to represent what went on over the past 126,000 years. They specifically examined the mollusks in those samples, which leave behind hard shells.

Their test was both simple and brilliant: Imagine that a mass extinction event occurred right after the samples were taken, and all 119 identified species of mollusks that are currently living there had been wiped out. Would this hypothetical mass extinction be properly interpreted from the fossil remains in the geological samples that had been taken? Not surprisingly, the answer was a solid, “No!”

END_OF_DOCUMENT_TOKEN_TO_BE_REPLACED

I was teaching one of my online biology courses yesterday and discussed something virtually every biology student learns: classifying organisms as producers (who make their own food), consumers (who eat other organisms for food), or decomposers (who decompose dead organisms for food). I then mentioned that consumers can be further classified as herbivores (eating only plants), carnivores (eating only animals), or omnivores (eating both plants and animals). I then asked the students how they would classify an alligator. Of course, they classified alligators as carnivores. I then showed them the picture above. That alligator is eating a fruit (a pond apple) on purpose.

It has long been known that alligators and crocodiles ingest plant material, but it was originally thought to be accidental. Perhaps the alligator was biting for a fish, missed, and took in some plant material that was floating in the water. However, recent research shows that in most species, the ingestion is probably not by accident. It is a part of the dietary strategy.

After class, I was looking at the scientific literature and ran across an incredible report about a similar phenomenon in bonnethead sharks. Once again, it has been well known that these sharks ingest seagrass, but it was thought to be accidental. Furthermore, since a carnivore’s digestive system is tuned towards breaking down meat, it was thought that the sharks gained no nutrition from the accidentally-ingested grass. We now know that this is definitely not the case.

The authors of the study fed bonnethead sharks a diet that was mostly seagrass with just a bit of squid. The seagrass had been labeled with a specific isotope of carbon (carbon-13), which makes up only about 1% of naturally-occurring carbon. This allowed the them to identify the chemicals from the seagrass and figure out what happened to them after the seagrass had passed through the sharks. They found that the sharks were actually digesting the seagrass and using it for nutrition. In fact, even though their diet was 90% seagrass, the sharks gained weight! Finally, the authors found that the sharks’ digestive tracts showed the activity of enzymes which are designed to break down plant matter. They write:

We show that a coastal shark is digesting seagrass with at least moderate efficiency, which has ecological implications due to the stabilizing role of omnivory and nutrient transport within fragile seagrass ecosystems.

If sharks and alligators can eat and digest plant matter, probably all animals we think of as carnivores are at least capable of eating and digesting plant material. Combine that with the fact that animals thought to be strict herbivores have been found deliberately eating other animals, and we come to the strong possibility that all animals are really omnivores.

Of course, one “take home” message from all this is that creation is marvelously complex, and our attempts to categorize it are incomplete, at best. However, it also has implications when it comes to the issue of origins. Most young-earth creationists (including myself) think that before the Fall, all animals were herbivores. We also believe in a global Flood, where Noah and his family had to care for different kinds of animals on the ark for a bit more than a year. Some of those animals were carnivores, but they could not have been fed other animals (except perhaps some sea creatures from time to time). Creationists critics often say both situations are impossible, because some carnivores must eat meat, or they will die.

If a species of shark can gain weight on a diet of mostly plants, it is at least conceivable that prior to the Fall and for a year on the ark, the animals that gave rise to the “carnivores” we see today could have lived on a diet of only plants. 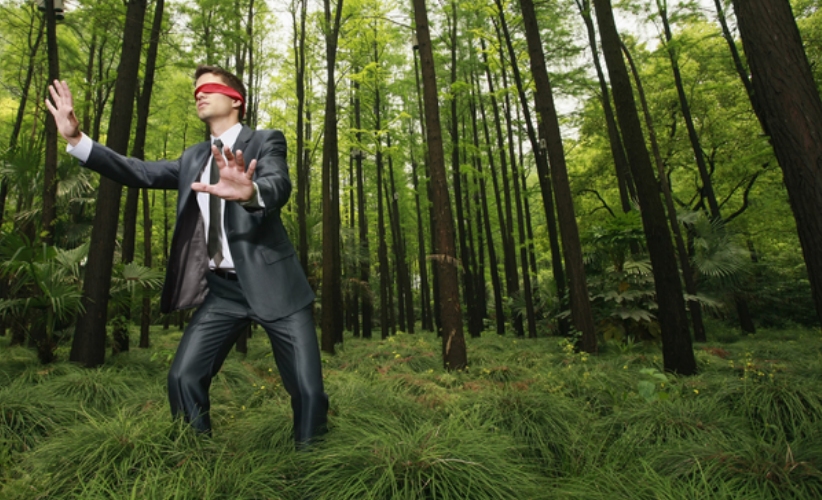 END_OF_DOCUMENT_TOKEN_TO_BE_REPLACED

The human body is truly incredible. It has been so intricately designed that we are still discovering new things inside it, despite the fact that scientists have been studying it in detail for nearly 2,000 years! Just a few months ago, I wrote about the discovery of a previously undetected feature of the human body, and just this month, a team of medical scientists from Massachusetts General Hospital, Harvard University, and Dongguk University (South Korea) have discovered something else: channels that connect the skull directly to the brain!

Why was that unexpected? It has always been thought that white blood cells must travel through the circulatory system to get to the brain. As a result, it was assumed that any white blood cells found in the brain should come equally from all parts of the body. The fact that most of the white blood cells came from the skull indicated that there must be some “shortcut” between the brain and the skull, so the researchers used microscopes to look at the inside of the skull and the surface layers of the brain. What they found is shown in the image above.

Even though the discovery of these “brain channels” was made in mice, the authors examined skull tissue removed from patients who had been through a neurosurgical procedure. They found similar channels that were roughly five times as large as the ones they saw in the mice. Of course, they couldn’t do similar experiments on people, so they don’t know for certain that the channels serve the same purpose in humans as they do in mice. However, it makes sense that they should.

The human body is so fearfully and wonderfully made (Psalm 139:14), I am sure this isn’t the last new feature to be discovered!