Kirsten Powers: Another Atheist Who Became a Christian 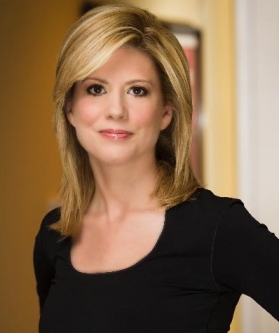 If you have been reading this blog for a while, you probably know that I collect stories about atheists who have become Christians. I don’t do this because I think that they “prove” the truth of Christianity. Instead, I do it because I find such stories fascinating. As I read them, I become amazed at the many, many different ways God breaks down the barriers in our souls.

The latest story I have run across comes from Kirsten Powers, a columnist and TV political pundit. She began her career as a Democratic Party staff assistant in 1992, helping with the transition between president Bush and president Clinton. She continued to work with the Clinton administration through 1998 and then worked for the Democrat Party in various roles. Eventually, she transitioned to being a full-time member of the political media.

In 2013, Powers wrote an article for Christianity Today. Here is how it begins:

Just seven years ago, if someone had told me that I’d be writing for Christianity Today magazine about how I came to believe in God, I would have laughed out loud. If there was one thing in which I was completely secure, it was that I would never adhere to any religion —especially to evangelical Christianity, which I held in particular contempt.

I have to say that her statement comes as no surprise. As far as I can tell, most members of the media don’t believe in God and hold evangelical Christianity in contempt.

According to her story, which is well worth reading in its entirety, her father raised her as a Christian, and she tried to believe based on the fact that she admired him so much. However, that wasn’t able to sustain her through the inevitable questioning that she experienced during her college years. After graduation, her work exposed her to to what she calls an “aggressively secular” peer group, which solidified her atheist tendencies and her contempt for evangelical Christianity. Nevertheless, she ended up dating a man she later learned was a Christian. In one conversation with him:

…he said the magic words for a liberal: “Do you think you could keep an open mind about it?” Well, of course. “I’m very open-minded!” Even though I wasn’t at all. I derided Christians as anti-intellectual bigots who were too weak to face the reality that there is no rhyme or reason to the world. I had found this man’s church attendance an oddity to overlook, not a point in his favor.

As he talked, I grew conflicted. On the one hand, I was creeped out. On the other hand, I had enormous respect for him. He is smart, educated, and intellectually curious. I remember thinking, What if this is true, and I’m not even willing to consider it? (emphasis hers)

She ended up going to church with him, and she was surprised. Mostly, she was surprised by the intellectual and intriguing sermons given by the pastor, Timothy Keller. While she initially thought he was ruining his sermons with his “Jesus nonsense,” she became more and more intrigued. This led her reading the Bible, allowing her boyfriend to pray with her, etc. She ended up making up her mind that Christianity was the most rational way to look at the world, but she didn’t feel any strong connection to the faith until she had a vision of Jesus while she was in Taiwan. This led her to a Bible study, where she ultimately came to faith.

She has discussed her faith a bit since then. For example, last year she wrote an excellent piece about Christmas, retelling her conversion story and discussing how her faith has changed her view of that holiday. In addition, she announced on Fox News that she is joining the Catholic church. I hope she eventually writes about what led her to that decision.

To me, the most important part of her story is her need to appear open-minded. That’s what caused her to start seeing what Christianity is really all about. I find that interesting, because some Christians have a pretty dim view of being open-minded, and I find that sad. As I have written previously, I believe that I am a Christian today specifically because I was an open-minded atheist. While Kirsten Powers doesn’t believe she was really open-minded, she ended up becoming a Christian because she felt like she had to at least appear to be open-minded.

If you fear being open-minded, just remember the words of Lord William Thompson Kelvin, who is honored by having the most commonly-used absolute temperature scale named after him. In a 1903 article in The Times (a British newspaper), he wrote:

Do not be afraid of being free thinkers. If you think strongly enough you will be forced by science to the belief in God, which is the foundation of all Religion. You will find science not antagonistic, but helpful to Religion.

5 Responses to Kirsten Powers: Another Atheist Who Became a Christian