Sabellidites cambriensis is an animal that we know only from the fossil record. It is thought to be a worm-like creature that built its own tube in which to live. Its fossils are found in Ediacaran rock, which is supposed to be on the order of 550 million years old. Evolutionists are interested in studying organisms from this rock, because they are thought to be the oldest multicelled animals. The problem is that there are other fossils of tube-forming animals in the same rock, so it is difficult for evolutionists to tease out the supposed relationships that exist between S. cambriensis and similar animals that are alive today.

In order to better understand S. cambriensis, a group of paleontologists examined several fossils using electron microscopes, X-rays, and spectrometers. Their analysis indicates that the structure and layering of the fossils’ tubes are similar to that of an existing group of animals known as beard worms,1 an example of which is shown below:

As a result, the authors conclude that the S. cambriensis fossils represent ancient forerunners of the beard worms. This presents a bit of a problem for evolutionists, however. As the authors note, using molecular clock estimates, it was thought that beard worms didn’t evolve until about 126 million years ago. Since the fossils the authors studied are supposed to be about 550 million years old, their analysis says that the molecular clock estimate is off by almost a factor of four! However, I personally think these fossils represent an even bigger problem for evolutionists.

END_OF_DOCUMENT_TOKEN_TO_BE_REPLACED

Dr. Lennart Bengtsson is a Senior Research Fellow at the University of Reading’s Environmental Systems Science Centre. When it comes to climate scientists, there are few more distinguished. He has been awarded the Descartes Research Prize (for outstanding scientific and technological achievements resulting from European collaborative research), the International Meteorological Organization Prize (for outstanding contributions to meteorology, climatology, hydrology, and related sciences), and the Rossby Prize (the highest award for atmospheric science given by the American Meteorological Society). He currently has 238 papers published in the nationally-recognized, peer-reviewed scientific literature, focused mostly on climate science. Obviously, his credentials speak for themselves.

About a month ago, he accepted an invitation to join The Global Warming Policy Foundation (GWPF), a think tank devoted to climate science and its effects on public policy. They say they are focused on “Restoring balance and trust to the climate debate,” and their members have a wide range of views on the science behind global warming. Some agree with the opinions of the UN’s Intergovernmental Panel on Climate Change (IPCC), which says that human beings are causing the planet to warm and the results are potentially catastrophic. Others do not think the scientific evidence is strong enough to make such a statement, while others think the scientific evidence indicates that the climate changes we are seeing now are mostly the result of natural cycles which have been going on for a long, long time. In short, their membership represents the same variety of opinions that is found in the climate science community.

Unfortunately for Dr. Bengtsson (and science as a whole), this is considered unacceptable by the Inquisition, which seeks to enforce orthodoxy among scientists. According to the Inquisition, the science is settled. Despite the fact that the data are far from conclusive, the Inquisition has decided that to even suggest there might be something wrong with the “scientific consensus” on global warming is downright heresy. As a result, Dr. Bengtsson was bullied into resigning from his position at the GWPF. In his own words:

I have been put under such an enormous group pressure in recent days from all over the world that has become virtually unbearable to me. If this is going to continue I will be unable to conduct my normal work and will even start to worry about my health and safety…I had not expecting such an enormous world-wide pressure put at me from a community that I have been close to all my active life. Colleagues are withdrawing their support, other colleagues are withdrawing from joint authorship etc. I see no limit and end to what will happen. It is a situation that reminds me about the time of McCarthy. I would never have expecting anything similar in such an original peaceful community as meteorology. Apparently it has been transformed in recent years. [Please note that English is not Dr. Bengtsson’s mother tongue.]

END_OF_DOCUMENT_TOKEN_TO_BE_REPLACED

Dr. Fenggang Yang is a Professor of Sociology at Purdue University and Director of the university’s Center on Religion and Chinese Society. He was recently interviewed in The Telegraph, and he made this remarkable statement:

By my calculations China is destined to become the largest Christian country in the world very soon.

How soon is “very soon?” According to Dr. Yang’s calculation, China’s Protestant community, which had only one million members in 1949, will reach 160 million in 2025. The U.S. Protestant community is currently at 159 million, but its population is declining. Based on these numbers, then, “very soon” will be in less than 11 years!

Is that a realistic prediction? I have no idea. According to the article, there were 58 million Protestants in China in 2010, which already puts them above Brazilian Protestants and South African Protestants in terms of sheer numbers. Of course, one has to put these numbers in perspective. There are about 1.3 billion people in China right now, so this all these Protestants make up only 4% of the population, and if they reach Dr. Yang’s projected number in 2025, they will still be only about 10% of the population. Nevertheless, those numbers are quite remarkable for a country that is officially atheist.

END_OF_DOCUMENT_TOKEN_TO_BE_REPLACED 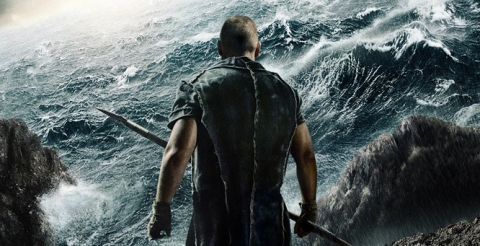 It was particularly awful. Honestly, the only reason I sat through the entire movie was that I kept thinking it had to get better. It didn’t. Now please understand that I am not talking about how wildly the movie differs from the Biblical account. Hollywood has a reputation for taking a great moment in history and destroying many of the facts related to it. Consider, for example, The Ten Commandments, which was shown on the silver screen in 1956. There were all sorts of things in that movie (Moses as a war hero, the Nefretiri love story, Moses being arrested and exiled, etc., etc.) which had no basis in the Biblical account. There were also all sorts of things in the Biblical account that were left out of the movie (six of the plagues, manna, the celebration of Pharaoh’s death, etc., etc.)

Despite the unBiblical nature of The Ten Commandments, however, it is an amazing movie. All of the leads, especially Charlton Heston, give great performances, and the dialogue is mostly believable and very meaningful. Watching the movie is, quite simply, a great experience. It can also be a great critical thinking exercise. I suggest that you watch the movie and then re-read the Biblical account. Try to write down the major differences between the two and think about why a filmmaker would want to introduce such differences. Is each difference a result of a philosophical agenda, a desire to make the story more enjoyable, problems with illustrating the details well, or some other issue?

When I go see a movie “based on a Biblical story” and made in Hollywood…I don’t EXPECT it to be accurate…however, with a budget and cast as this one had…I DID expect it to be good…it wasn’t.

END_OF_DOCUMENT_TOKEN_TO_BE_REPLACED

Two species that are closely-related should compete for resources more strongly than two species that are distantly-related. This is a prediction Darwin himself made, and while it hasn’t been tested very much, it has been assumed to be true ever since. In 1967, MacArthur and Levins formalized the prediction1, and at least according to some biologists, it is “central to ecology and evolutionary biology.”2 It’s one of those ideas that makes sense in an evolutionary framework but is hard to test. As a result, most biologists have just assumed that it is true.

Well, while studying algae, Dr. Bradley J. Cardinale and his colleagues inadvertently put the idea to the test. They were trying to measure the competition that existed between 23 different species of green algae, such as the one pictured above (Coelastrum microporum). All these species are commonly found existing together in North American ecosystems, so it is assumed that they compete with one another. In their experiment, they took two different species from the group of 23 and put them together in a laboratory environment. They then measured how the two species competed with one another.

Now remember, they were looking at 23 different species, but they only put two species together to compete with one another. In order to look at all possible combinations of these 23 species taken two at a time, then, they had to examine 253 separate situations. They examined each combination of species twice, to make sure that their results were consistent, so they looked at a total of 506 competitive situations. However, in order to compare how the species did in competition to how they did without competition, they also had to put each species in a laboratory environment on its own. They examined each of those situations twice as well. In the end, then, they examined 552 different situations of algae growing in a laboratory environment. In other words, this was an extensive experiment.

The results of this extensive experiment were rather surprising, at least to the investigators and many other evolutionists.

END_OF_DOCUMENT_TOKEN_TO_BE_REPLACED

In 2012, the media was abuzz with a sensational archaeological find. An ancient scrap of papyrus, a paper-like material made from the papyrus plant, contained the phrase, “Jesus said to them, ‘my wife…’.” In addition, the fragment mentions the name “Mary.” An anonymous owner had given the fragment (and another that contains some of the Gospel of John) to Dr. Karen King of Harvard University, who judged it to be from the fourth century AD. This, of course, indicates that at least some early Christians thought Jesus was married, perhaps to Mary Magdalene. As a result, people started calling this scrap of papyrus “The Gospel of Jesus’ Wife.”

Immediately, there were those who thought the papyrus fragment mentioning Jesus’ wife was not authentic, but in April of this year, the Harvard Theological Review published a series of articles supporting its authenticity. One of the most important pieces of evidence was the radiocarbon dating test, which indicates the papyrus was made between AD 209 and AD 405. The same testing indicates that the other papyrus (which contains some of the Gospel of John) was made between AD 681 and AD 877. Radiocarbon dating has lots of problems associated with it, but when it can be calibrated using tree rings (as is true in this case), it is reasonably reliable. Thus, the papyrus fragments probably were made during those time periods.

Just a few weeks later, Indiana Wesleyan University’s Dr. Christian Askeland posted a blog article that shows the papyrus fragment containing some of the Gospel of John is almost certainly a fake. He compared it to an authentic fragment of the Gospel of John, called the Codex Qau. He found similarities that could not be coincidental. For example, in 17 lines, the breaks in the text are the same between the two documents. In addition, he noted that the dialect used in the papyrus fragment in question fell out of use long before the time when the radiocarbon dating says the papyrus was made.

Based on his analysis, Askeland concludes:

Unless compelling counter-arguments arise, both this fragment and the Gospel of Jesus Wife fragment should now be considered forgeries beyond any doubt.