As if I have not been harping on this enough, I have a new book out. It’s called Science in the Beginning, and it’s an elementary science course that uses the days of creation as reported in Genesis to introduce scientific concepts. The course is very hands-on, with an experiment or activity in every lesson. One of the homeschooled students who field-tested the course, Ryan McFall, has been kind enough to allow me to show pictures that were taken while he was performing some of those experiments. This one is about diffusion.

First, soak an egg in vinegar for a day or so: 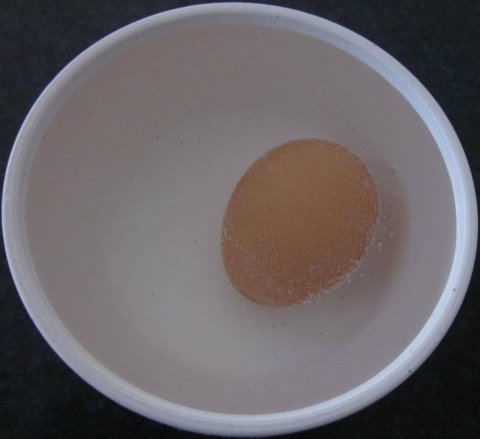 The vinegar will slowly react with the calcium carbonate shell of the egg, turning it into a salt (which dissolves in water) and a gas (which bubbles away). In the end, you are left with an egg that has no shell: 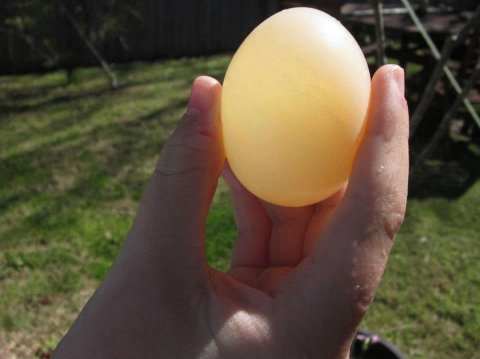 Put water in a bowl and add food coloring. When the egg soaks in the water for a while, the food coloring travels into the egg, giving it color. 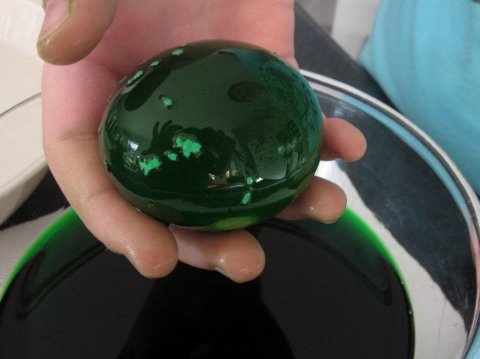 When you then take that egg and soak it in colorless water, some of the food coloring comes out of the egg and into the water: 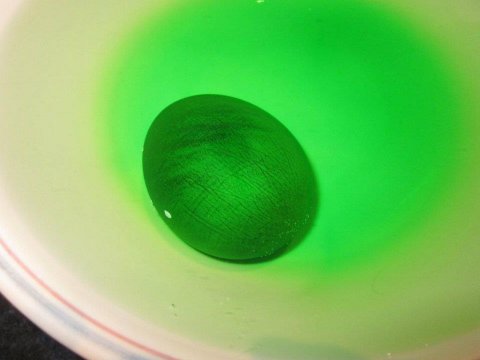 Of course, no such experiment would be complete if you didn’t allow the student to break the egg at the end! 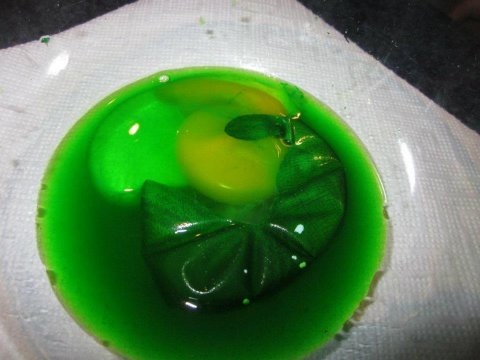 6 thoughts on “Another Experiment from Science in the Beginning”