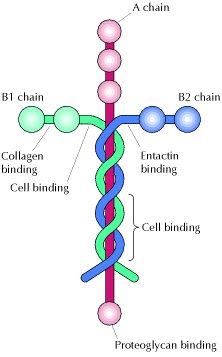 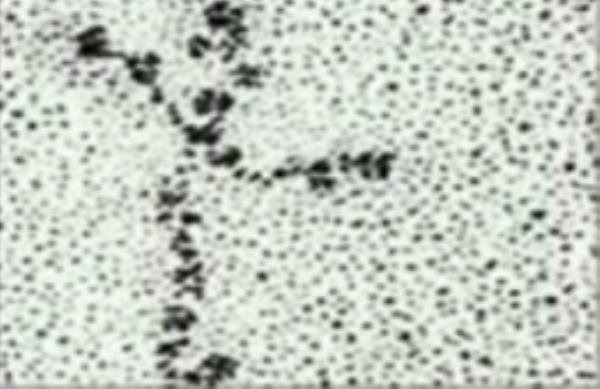 1. Simplified drawings are never accurate pictures of protein shapes. Proteins have several levels of hierarchy to their structure, and even the best three-dimensional representations of proteins are mere approximations. God’s engineering is far beyond the understanding of man. Thus, the way we visualize proteins is oversimplistic at best.

2. Proteins change conformations. That’s what they must do in order to do their job. Thus, they don’t hold to a given shape. Indeed, the electron microscope picture that Louie Giglio gives in his sermon represents just one possible shape for laminin. Consider this image, which contains two different electron microscope images of laminin:

It looks to me like the bottom one is the one that Louie Giglio used, rotated 90 degrees. This makes me wonder if he intentionally edited out the other image. In any event, the top one shows what any molecular biology graduate student would know: proteins change conformation in order to do their job. The shape at any given time is most likely transitory.

3. There are just as many (if not more) Satanic (or otherwise evil) shapes in the human body. Consider this: DNA is the molecule that contains all the information that determines who you are. Here is a simplified drawing of the detailed structure of DNA, getting rid of the helical shape and just concentrating on what makes up the backbone of the molecule: 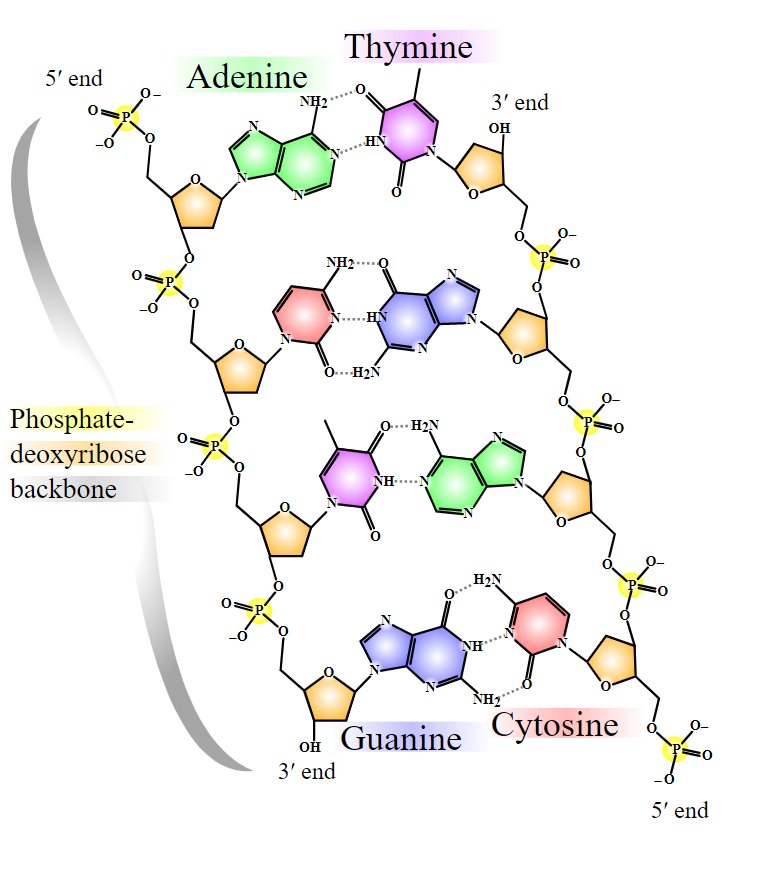 What does that look like to you? To me, it looks like a swastika. So the cellular structure that allows you to think is an homage to Hitler?

Obviously, there are a variety of molecules in creation. In an attempt to understand them, we draw simplified illustrations that allow us to learn something about their structure and function. To say that there is some hidden “message” in these shapes is just nonsense.