I hope to write a lot on this topic, as I find it fascinating. For my first entry, I thought I would outline one of the main reasons I have a hard time believing the earth is billions of years old. Essentially, my scientific training makes it very hard for me to take the idea of a billions-of-years-old earth seriously.

You see, as a scientist, I have been trained to take the data very seriously and to limit my conclusions to what are reasonable within the constraints of the data. One of the ways a scientist does this is to is be very cautious when extrapolating the data. In the end, if you measure data over the course of a given interval, you can assume that the general trend of the data will continue, but only for a small range compared to the range over which the data were measured. Perhaps an example will help. 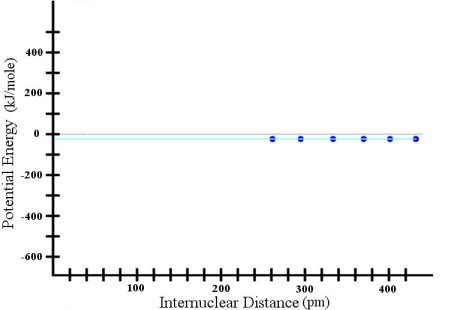 Now, if I were not a careful scientist, I could assume that this trend continues all the way to a separation distance of zero, and I could draw the cyan line that you see in the graph. However, if I were to continue bringing the atoms closer together, I would find that eventually, the trend changed: 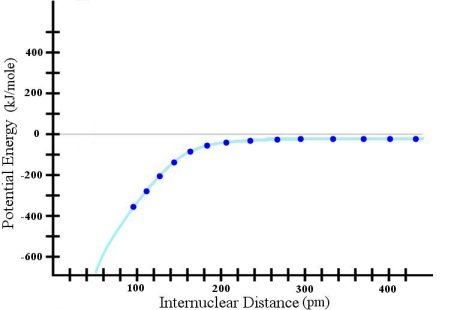 Okay. Now I have a LOT of data points, so surely the cyan line that I have drawn there is a reasonable assumption. Surely the trend just continues, right? Wrong! If I continue the experiment, here is what I find: 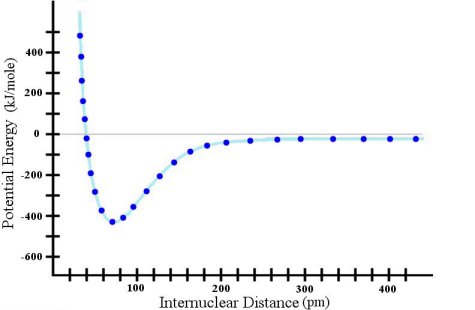 What does all this tell us? It tells us that we must be VERY careful when extrapolating the data beyond where we have measured it. In both extrapolations above, I came to the wrong conclusion because I extrapolated beyond the limit justified by the data.

So what seems to be an obvious trend to you and me is not always the proper trend. Thus, as scientists, we must be very, very, very cautious when extrapolating the data. The principle that all good scientists follow is:

Here, then, is one fundamental reason I am skeptical of an ancient earth. We have been studying science for a few thousand years. In general, the main methods used to tell us that the earth is billions of years old are based on techniques that use radioactive processes. Well, we have been studying radioactivity for about 100 years. In order to use radioactivity to come to the conclusion that the earth is billions of years old, we must assume that FOR BILLIONS OF YEARS, radioactive processes have behaved exactly the way we have observed them for the past 100 years. This is a ridiculous extrapolation! In the end, the extrapolation covers more than 10,000,000 times the range over which the data have been measured!

Is there any way such a ridiculous extrapolation could be made while staying within the realm of responsible science? I am not sure. I would think that if there were overwhelming evidence that radioactive processes are outstandingly stable, perhaps such an extrapolation could be made. However, what we have observed so far does not give such overwhelming evidence. Indeed, not only has Otto Reifenschweiler shown that the half-life of tritium can change significantly depending on the chemical environment and temperature (“Reduced radioactivity of tritium in small titanium particles,” Phys Lett A184:149-153, 1994), but there is now strong evidence that small changes in half-life occur when the distance between the earth and sun changes! (Davide Castelvecchi, Science News 174:20, 2008). Thus, to assume that radioactive processes have behaved over BILLIONS of years the way we have observed them for the past 100 is just not reasonable at this time. As a result, I am very skeptical of the claim that the earth is billions of years old.