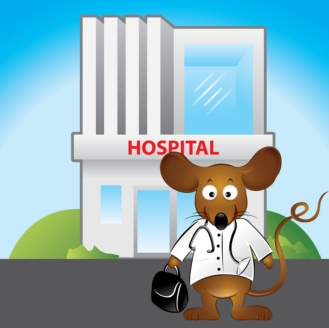 I have written previously about Australia’s cane toad problem (here and here). In 1935, cane toads were brought in to control a pest that was feeding on sugar cane in northeastern Queensland. They ended up being ineffective at controlling the pest, and because they have few natural predators there, Australia was ineffective at controlling them. They have been spreading out across Australia since 1935, and there is no end in sight to their population’s expansion.

As I have discussed previously, cane toads have already affected wildlife in the areas where they have become established. Because they are large (for toads) and the adults are poisonous to snakes, for example, the average head size of a snake has decreased in those areas with a significant cane toad population. After all, the snakes that have large enough heads to eat the adult toads die. As a result, snakes that can’t eat them (snakes with smaller heads) are significantly more likely to survive. They survive because they cannot eat what would kill them!

But there is another way to survive in the presence of cane toads: figure out a way to eat them without being poisoned. Based on the results of a recent study, it seems that one clever Australian predator has learned to do just that. The authors of the study were intrigued when they started finding cane toad bodies that had what appeared to be surgically-precise incisions on their bodies. They eventually set up some infrared cameras and found that golden-bellied water rats were the ones making the incisions.

It turns out that only the skin and certain organs (like the bile duct) in the frog are poisonous. If a predator can avoid those structures, it can eat the toads without being harmed, and apparently, the water rats have figured that out. The researchers found that the heart and liver had been removed in each dead cane toad, presumably eaten by the rats. In the largest toads, the skin of the legs was also peeled back and the leg muscles were eaten. The authors say that all of this was done with a high level of precision.

The question, of course, is how the rats figured this out. The researchers are not sure. They know that water rats feed on other toad species as well as the younger cane toads that aren’t as poisonous, and it may be that in this area, that’s the way rats eat all the toads they kill. It’s also possible that some rats just stumbled onto this technique and passed it on to their offspring. As the authors note, water rats care for their offspring for weeks after they have been weaned, so it would be easy for the young rats to learn how their parents are eating the toads. The researchers note that for now, this feeding technique is limited to the water rats in certain areas, but they suggest that it might spread as time goes on.