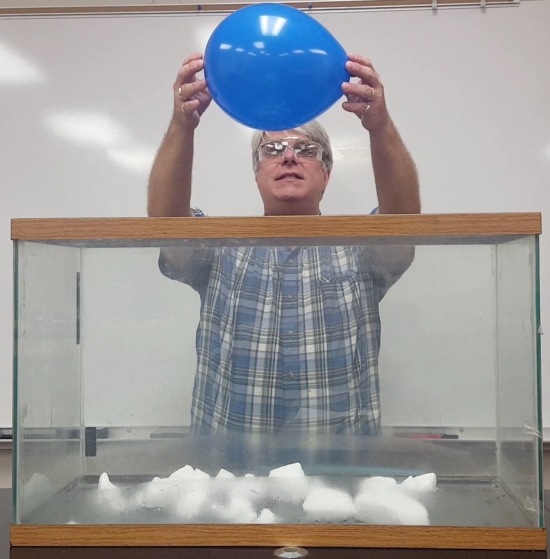 I have been making some videos for the online courses I will be teaching this coming academic year. There will be more to come, but I won’t be blogging about every one of them. I do want to share two of them, however, because they are both very interesting. The first is about things floating in water. Did you know that some bowling balls actually float in water?

The same kind of reasoning used in that demonstration can be used to make a balloon full of air float:

I have done variations of the first demonstration several times, and the Coke/Diet Coke part is from an experiment the students do in their kitchen sink in my elementary course, Science in the Beginning. I had never done the second demonstration before, and I was surprised at how well it worked.

As I said, I won’t be blogging about every video. If you want to see them all, visit my publishers’s YouTube channel. I will be making several more over the course of the next year, so if you like them, you might want to subscribe to the channel.

5 thoughts on “Two Videos About Density”