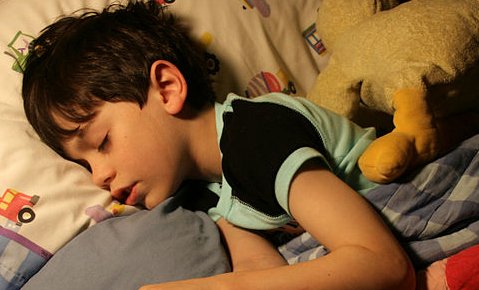 When I was doing nuclear chemistry experiments, one of my greatest enemies was the need for sleep. Those experiments required the use of a particle accelerator, and the demand for time on the accelerator always exceeded the amount of time available. This meant that each experiment was tightly scheduled for a certain amount of time, and it was almost impossible to get any kind of extension. As a result, when the particle beam was directed to my experimental chamber, every second was precious. Generally, I would stay up for as long as I could, trying to get as much as possible from the experiment. Eventually, however, I had to go to sleep and let someone else take over. I hated that. In fact, during my main thesis experiment, I stayed up for so long that I actually feel asleep in the middle of typing commands on the computer console!

Why do we need to sleep? When I ask this question to students, I generally get a response that deals with energy. Students think that sleep somehow allows us to build up our energy reserves so we can stay active and alert while we are awake. However, that’s clearly not true. Our energy comes from the food we eat. If it were just a matter of building up energy reserves, we could eat rather than sleep.

For a long time, scientists have speculated that sleep has something to do with recovery. Being awake does something to our bodies from which we must recover, and sleep takes care of the recovery process. The problem, of course, is that no one could actually say what the body has to recover from. Well, a team of researchers led by Dr. Maiken Nedergaard, a scientist at my Alma Mater, might have figured out at least one thing from which our bodies recover when we sleep.

They found that lots more green dye flowed through the brain than red dye. This means that more CSF flowed through the brain while the mice were asleep than while they were awake. What does that accomplish? The researchers attempted to answer that question as well. They injected beta-amyloid proteins (which have been associated with Alzheimer’s Disease) into each mouse’s brain, and they noted that the increased flow of CSF during sleep washed them away significantly better than the decreased flow that occurred when the mice were awake. This indicates that at least one reason you need to sleep is so the brain can get rid of chemical waste that piles up as a result of the brain’s activities.

But why can’t the body just increase the flow of CSF while you are awake? Well, the brain consists of two basic types of cells: neurons and neuroglia. The neurons are the cells that actually do the work, and the neuroglia support the function of the neurons in many ways. CSF flows through channels that exist on the surface of the neuroglia, and when the mice were asleep, the channels increased in size dramatically. The researchers think that the energy expended by the neuroglia to expand their CSF channels and allow the transport of so much CSF restricts how much they can support the neurons. As a result, the neurons simply cannot process as much information while the CSF flow remains high.

In the end, then, this study indicates that the brain must reduce the function of its neurons from time-to-time in order to allow itself to be cleaned of the waste products that build up as a result of its activities. That’s why we must sleep. If we fight sleep, the chemicals build up to the point that they interfere with the brain’s ability to function, and that’s probably why we don’t think as well when we are sleep deprived.

Is this the final word on why we have to sleep? Probably not. However, it is a good step towards answering a question that has puzzled scientists for a long, long time!