Recently, I read an article by Dr. Paul Copan entitled, “Jesus-Shaped Cultures.”1 In that article, he makes the case for how faithful Christians have transformed the societies they have served. For example, he discusses the Ethiopian famine that took place in 1984 and 1985. Brian Stewart, a CBC journalist, noted that it was Christians who were on the front lines of the famine, giving aid to the suffering. Their service was such a powerful witness to him that it started him on his journey to becoming a Christian himself.

While Copan’s article is interesting, it led me to a book that I thought was even more interesting. It is entitled Jesus in Beijing: How Christianity Is Transforming China And Changing the Global Balance of Power, and it is written by David Aikman, who served as a journalist for Time Magazine from 1971 to 1994. In his role as a Time correspondent, he visited China several times and even lived in China for two years as Time’s bureau chief. He returned to China in 2002 to gather the information he needed to complete his book.

He begins the book in a dramatic way. It is worth quoting at length:2

The eighteen American tourists visiting China weren’t expecting much from the evening’s lecture. They were already exhausted from a day of touring in Beijing. But what the speaker had to say astonished them.

“One of the things we were asked to look into was what accounted for the success, in fact, the pre-eminence of the West all over the world,” he said. “We studied everything we could from the historical, political, economic, and cultural perspective. At first, we thought it was because you had more powerful guns than we had. Then we thought it was because you had the best political system. Next, we focused on your economic system. But in the past twenty years, we have realized that the heart of your culture is your religion: Christianity. That is why the West has been so powerful. The Christian moral foundation of social and cultural life was what made possible the emergence of capitalism and then the successful transition to democratic politics. We don’t have any doubt about this.”

This was not coming from some ultra-conservative think tank in Orange County, California or from Jerry Falwell’s Liberty University in Lynchburg, Virginia. This was a scholar from China’s premier academic research institute, the Chinese Academy of Social Sciences (CASS) in Beijing in 2002. (emphasis mine)

In his book, Aikman suggests that Christianity will transform China to the point where it won’t even be communist anymore. He suggests that in the next thirty years, nearly one-third of China could be Christian, making it one of the largest Christian nations in the world and a strong ally of the U.S.

I have no idea whether or not that will happen, but I can say this: It is very sad that most Western scholars refuse to even consider the conclusions of the Chinese scholar quoted above.

2. David Aikman, Jesus in Beijing: How Christianity Is Transforming China And Changing the Global Balance of Power, pp. 5-6
Return to Text 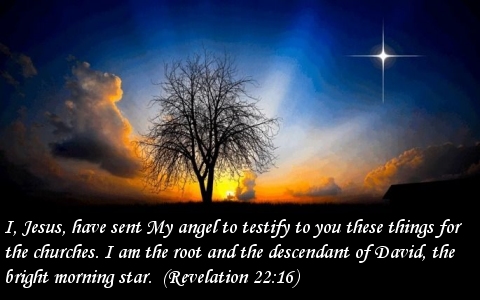 END_OF_DOCUMENT_TOKEN_TO_BE_REPLACED

I am in the midst of working on the final revisions for the third book in my new elementary science series, which is one of the many reasons I haven’t had any time to blog recently. Nevertheless, I had to take a break from the book to share two quotes of which I was recently made aware. When I finish a book, I send it to other scientists to review. This is called “peer review,” and it is an important part of the scientific process. It not only helps to find the errors that have crept into my work, it also gives me a chance to benefit from the insights of other scientists.

Well, my peer reviewers used some quotes as a part of their review, and I found two of them to be interesting enough to share with my readers here. The first comes from Gottfried Wilhelm Leibniz. He is one of the last natural philosophers I discuss in the third book of the series, and he is best known for pointing us to the conservation of mechanical energy. I discuss this in the book, but I also talk about his development of a binary system of logic, which led to the development of binary numbers. While we use binary numbers in computer systems today, one of Leibniz’s uses for binary numbers was to explain the Christian concept of creation out of nothing.

One of my peer reviewers pointed out something I didn’t know about Leibniz. He was fascinated with music and spent a great deal of time analyzing the mathematical nature of it. He said:1

Music is the pleasure the human soul experiences from counting without being aware that it is counting.

As someone who plays the piano, sings, and just loves music, I find that quote to be very interesting.

The other quote is more directly related to the concepts that are found in the book. Since it was formed during the time period covered in the book, I discuss the Royal Society, which is the world’s oldest scientific academy in continuous existence. One of my peer reviewers gave me a quote about the Royal Society, which comes from Dr. Ian G. Barbour, a physicist and theologian:2

The charter of the Royal Society instructed its fellows to direct their studies “to the glory of God and the benefits of the human race.” Robert Boyle (1627-1691) said that science is a religious task, “the disclosure of the admirable workmanship which God displayed in the universe.” Newton believed the universe bespeaks an all-powerful Creator. Sprat, the historian of the Royal Society, considered science a valuable aid to religion.

Sadly, I suspect that the Royal Society no longer follows its original charter, nor the ideals of the scientific luminaries who founded it.

I have been intrigued by archerfish (genus Toxotes) ever since I saw them at an aquarium. They like to feed on insects that crawl around on the plants near the water’s edge. When an archerfish spies an appetizing insect, the fish shoots a stream of water out of its mouth, hitting the insect and knocking it into the water. The fish then goes to the surface and swallows the insect. You can watch a video of this happening by clicking on the picture. Youtube has several other videos of these incredible fish.

Obviously, the archerfish has to “know” a lot of physics to be able to hunt the way it does. After all, as soon as the water leaves its mouth, it is affected by gravity. As a result, the stream of water doesn’t travel straight to its target. Its path bends downward, forming a shape called a parabola. Because of this, the archerfish can’t aim directly at its prey. Instead, it has to aim above its prey, taking the curved shape of the water’s path into account.

But that’s not the end of the story. When light passes from one medium to another, it bends in a process called refraction. This causes a problem for what we see when we look at things that are in the water. Consider, for example, looking at a fish that is swimming in a pond. You see the fish because light hits the fish, reflects off the fish, and travels to your eyes. However, when the light passes from water into air, it bends, and that causes a problem for you. Look at the drawing below:

The light coming from the fish bends when it enters the air, but your brain interprets light as traveling in a straight line. So when your brain constructs the image of the fish, it doesn’t take refraction into account, and therefore it forms the image of the fish at a shallower depth and behind where the fish actually is. Those who try to spear fish while standing in shallow water have to account for this. If they don’t aim their spear in front of the place where they see the fish, they will never hit it.

The archerfish, of course, has a similar problem. The light that its eyes receive bends when it hits the water. Because of the way it bends, the fish sees the insect closer and lower than it really is. So not only does the archerfish have to account for the effects of gravity when it aims its water stream, it also has to realize that it shouldn’t aim for the position where it sees the insect. Instead, it should aim for a position that is closer and lower!

If all that isn’t impressive enough, scientists have recently found out that the archerfish uses even more physics when it hunts!