This young lady came up to me after I finished a talk at the Great Homeschool Convention in Ft. Worth, Texas: 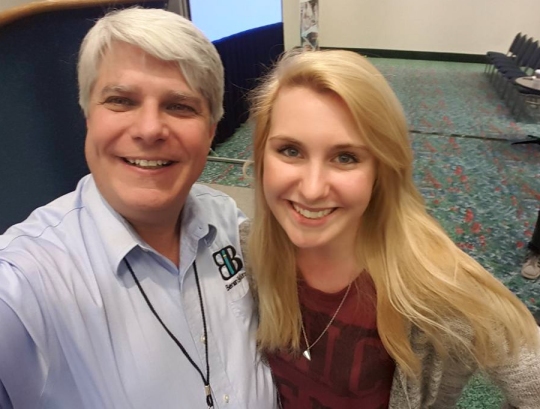 She is currently in her senior year of high school and wanted to tell me that my young-earth creationist courses had encouraged her to study medicine. Why? Because she loved seeing the hand of God in the design of the human body and the biological world in general! My young-earth creationist courses had actually made her more curious about the human body. This is in stark contrast to Mr. Nye’s claim that those who are taught creationism will have to “suppress the basic human curiosity that leads to asking questions, exploring the world around them, and making discoveries.”

In fact, curiosity seems to be a trait that young-earth creationism inspires. Consider, for example, the amazing young lady on my immediate left in this picture: She and her sister came up to me at my publisher’s booth when I was speaking at the Great Homeschool Convention in Cincinnati, Ohio. At the ripe old age of 18, she has already earned her college degree in natural science. She plans to pursue an advanced degree so she can do scientific research. Can Mr. Nye tell me how she going to “miss out on countless exciting adventures” when she has such a head start at studying the natural world? Please note that her sister is following in her footsteps, already working on a college degree of her own at the ripe old age of 17.

Next, meet a high school student who literally ran up to me while I was at the Greater St. Louis Home Educators Expo and told me that physics is AWESOME. 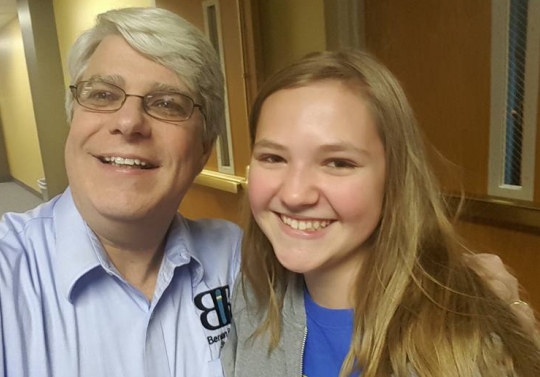 At the beginning of the school year, she had no idea that she would enjoy physics so much, but the more she studied my young-earth creationist physics course, the more she loved it. She said that she was just amazed at how God put the physical laws together so that everything worked so well. She doesn’t know exactly what she wants to study in college yet, but she figures it will be physics-related.

Speaking of physics, this person demonstrates how creationism and homeschooling can often work hand-in-hand to produce people who want to study science. 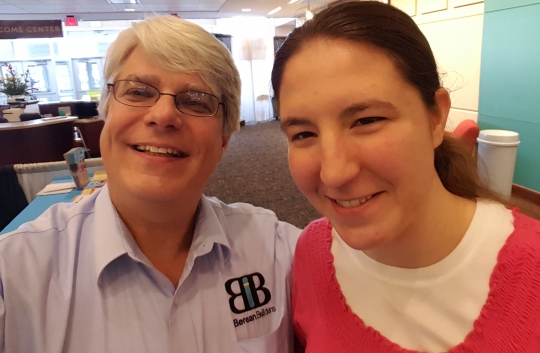 Interestingly enough, when she was in high school, she had no desire to study physics, which is (of course) the basis of her field. However, her brother wanted to study it, and she agreed to study it with him, just to help him pursue his interest. After helping him work through my physics course, she was hooked! As I said, this shows how a young-earth creationist education, combined with homeschooling, can inspire a student to go into a science-related field. Had she not been homeschooled, she would never have taken physics. However, because she was willing to be a helpful homeschooling sister, a life-long interest was sparked.

I will end with one more picture: 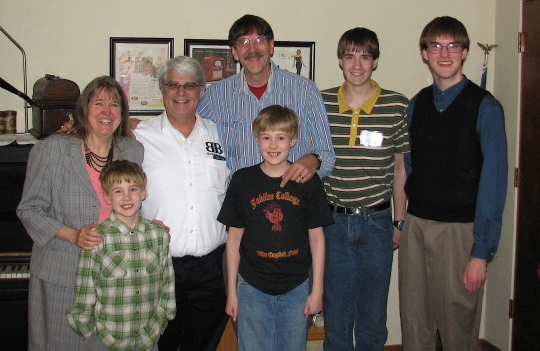 My publisher and I had the pleasure of spending an evening with this family while we were at the APACHE homeschool convention. All of their sons use my young-earth science curriculum. The eldest is currently studying psychology in college. The next younger son is a computer whiz. The two youngest boys are currently studying my elementary science series, and they excitedly showed me their journals, told me about their favorite experiments, and gushed on and on about how much they love science. Whether or not they end up going into a science-related field in the future, it is clear that even at this age, their curiosity about the natural world is far from suppressed!

Instead of keeping students from feeling “the joy of discovery that science brings,” then, a young-earth creationist education can inspire students to love science and want to learn more about the natural world. In many cases, it also makes them better college science students!

* Please note that while I truly enjoy hearing from students who have used my courses and end up loving science, I really do try to keep in mind that it is not my work that produces this love. It has already been placed in their heart by God. He simply uses my courses to help awaken the love that He has put there. When it comes to being used by God, I subscribe to the Don Francisco way of looking at things. In his classic song, “Balaam,” he sings about how God used a donkey to accomplish His purposes. He then concludes with this admonition:

So when the Lord starts usin’ you don’t you pay it any mind.

He could have used the dog next door if He’d been so inclined.