A friend of mine told me about a news story he heard on NPR. He said that NASA had some “really exciting” results from the Mars rover named Curiosity, but they were not ready to release the results to the public yet because they wanted to confirm the data. My friend wondered if perhaps NASA had finally found the remains of life on Mars. I found the story on NPR’s website, and it sounds like my friend’s expectation could be right.

According to the story, the principle investigator, Dr. John Grotzinger, says:

This data is gonna be one for the history books. It’s looking really good.

Dr. Grotzinger is waiting to release the results, however, because NASA has been burned a couple of times before. Back in 1996, NASA scientists published a paper that claimed a meteorite from Mars (named ALH84001) held tell-tale signs of bacteria, indicating that there was once life on Mars. As more scientists studied the meteorite, however, several problems with that interpretation were found. As a result, even though some NASA scientists are still saying that the meteorite holds evidence of life on Mars, the data are inconclusive at best.

In addition, NASA scientists published a paper in 2010 claiming to have found a bacterium that could incorporate arsenic into its biochemistry. NASA said that this finding would change the way we think about bacteria and would help us better understand the possibilities for life on other worlds. However, in just a couple of years, two very detailed studies showed that the original NASA claim was incorrect. It’s understandable, then, that NASA scientists are being careful when it comes to the release of any surprising data from the Curiosity rover.

END_OF_DOCUMENT_TOKEN_TO_BE_REPLACED

I was recently made aware of a 2010 analysis that was done by Baylor University’s Office of Institutional Research and Testing. It compared first-time Baylor freshman who were homeschool graduates to the rest of Baylor’s first-time freshman population over a period of four years. I think the results will be helpful to those who are wondering whether or not home education adequately prepares a student for the academic rigors of university.

END_OF_DOCUMENT_TOKEN_TO_BE_REPLACED

On Monday of this week, I was invited to speak at a meeting of the Kingdom Way Homeschoolers in Wadsworth, Ohio. It was held on the Wadsworth campus of the The Chapel, which was a wonderful venue. The auditorium had really excellent acoustics, and it had a nice, open feel to it. The back wall of the stage had a modern design on it, and the design was backlit with different colors. Once the technical support person (who was superb) put up my presentation, a young lady then changed the colors of the backlighting to match the color scheme of my presentation. I thought that was a very nice touch.

The title of my talk was Why Homeschool Through High School…and How to Get It Done. In the first part of the talk, I went through some data that indicate students who are homeschooled through high school are better prepared for the future than their traditionally-schooled counterparts. In the second half of the talk, I went over some “nuts and bolts” related to homeschooling at the high school level. I discussed the basic subjects that should be covered and gave some suggestions regarding how you might cover those subjects.

This particular talk was a bit longer than most of my talks, because I covered a lot of ground in it. However, the large crowd was very patient and seemed to enjoy the talk. As is typically the case, I took questions at the end of the talk, and they were quite good. There was one in particular that really got me thinking. A gentleman asked about apprenticeships and trade schools. Since my talk was focused on university preparation, I thought he was asking me to talk a bit about what to do with students who aren’t university-bound. I told him that just as I am a fan of having university-bound students take a few classes at a local college or a few AP classes to give them a preview of what university will be like, I also am a fan of having non-university-bound students do apprenticeships or take classes at a local trade school to start career exploration.

That really didn’t address his question, however. He wanted me to specifically compare the two. For a non-university-bound student, which would be better: some sort of apprenticeship or taking classes at a trade school? I had never considered that before, and I told him as much. However, I was happy to “think out loud” for him.

END_OF_DOCUMENT_TOKEN_TO_BE_REPLACED 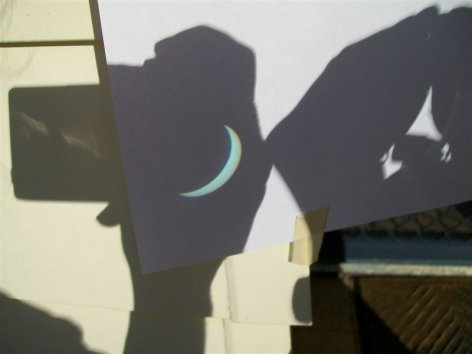 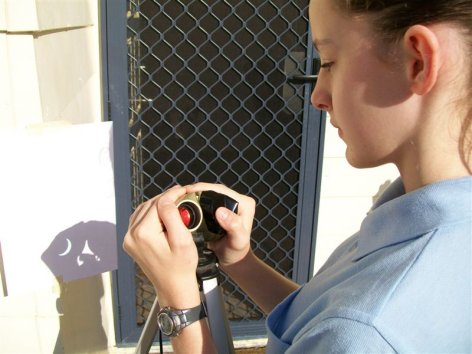 END_OF_DOCUMENT_TOKEN_TO_BE_REPLACED

Look at the unassuming worm pictured on the left. It is commonly called a cactus worm, but this particular species is known as Priapulus caudatus. According to evolutionists, cactus worms have been around for at least 500 million years.1, but they just recently falsified yet another prediction made by the hypothesis of evolution. To understand the prediction and why it has failed, you need to learn some background information.

Well, there are two different ways that bilaterally symmetric animals develop their digestive tract. In all these animals, a puckered indentation forms in the embryo. This indentation, called the blastopore, forms the beginning of a tube that will eventually develop into the digestive tract. However, in some bilaterally symmetric animals, that blastopore ends up becoming the mouth, while in other bilaterally symmetric animals, the blastopore ends up becoming the anus. In other words, some animals start their digestive system with their mouth, while others start their digestive system with their anus. The “mouth first” animals are called protostomes, which is a combination of the Greek word “protos” (which means first) and “stoma” (which means mouth). The “anus first” animals are called deuterostomes, which means “mouth second,” since the Greek word “deuteros” means “second.”

So when a biologist looks at an animal that is bilaterally symmetric, one of the first questions that comes to mind is, “How does the digestive tract develop?” That tells the biologist whether the animal is a protostome or a deuterostome. Well, it turns out that studying the embryonic development of animals is rather time-consuming, so scientists often use other characteristics to infer the group to which an animal belongs. With all that under your belt, you are now ready to learn about the falsified evolutionary prediction.

END_OF_DOCUMENT_TOKEN_TO_BE_REPLACED

Paleontologists have long recognized that the fossil record produces a serious problem for the hypothesis of evolution. Almost thirty years ago, Dr. David Wake and his colleagues stated:1

With natural selection operating in a changing environment as an agent of adaptation, we expect to see changes at the organismal, ultimately physiological and morphological, level. How, though, can we explain the paradoxical situation in which environments change, even dramatically, but organisms do not?

In other words, evolution predicts that in a changing environment, organisms should change in order to adapt. However, when we look at the fossil record, we don’t see such change. Instead, while it is thought that earth’s climate changed dramatically in many different ways throughout the fossil record, the fossils themselves show that the organisms living on earth didn’t change much at all. This has been called the “paradox of stasis,” and while several attempts have been made to resolve the problem2, none of them have been found to be satisfactory.3

In an attempt to understand the paradox of stasis better, Dr. Donald Prothero undertook a series of amazingly detailed studies. With the help of a small army of students, Prothero studied the fossils of all the common birds and mammals that have been preserved in the La Brea tar pits of Los Angeles, California. According to the standard geological view, these tar pits preserved species that lived in the area over a period of time when the region experienced wild climate change. It is thought that 35,000 years ago, the Los Angeles, California area had a very similar climate to what it has today. During the height of the last ice age (20,000 years ago), however, it was significantly colder and significantly wetter. As the ice age waned, the climate returned to what it was 35,000 years ago.

From an evolutionary point of view, one would expect that over the course of this dramatic change in climate, the birds and mammals living in the area would have experienced some amount of evolutionary change in order to adapt to their surroundings. However, that’s not what this series of studies found.

END_OF_DOCUMENT_TOKEN_TO_BE_REPLACED

Most spiders have eight eyes, and their arrangement varies depending on the type of spider. In fact, when studying a spider, scientists often use the number and arrangement of the eyes to help them classify the specimen.1 What does a spider do with all those eyes? Well, in the case of a jumping spider, we know that the two large eyes near the center of the head are the spider’s principal eyes. They can see sharp images, are sensitive to color, and can move to track a target.

The eyes that are right next to the principal eyes are called the anterior lateral eyes (ALEs). They cannot move, do not seem sensitive to color, and as far as we can tell, don’t really allow for the spider to see images. Instead, it has always been thought that these eyes help the spider detect motion.2 But what about the principal eyes? Do they detect motion as well? Three researchers decided to determine the answer to that question by conducting a interesting experiment with some spiders and an iPod touch.

They ended up using removable paint to “blind” specific eyes of jumping spiders from the species Phidippus audax. For 16 of the spiders, they used the paint to “blind” only the principal eyes. They then used the paint to “blind” only the ALEs of 14 other spiders. Finally, they used 16 spiders with none of their eyes “blinded” as a control group. One at a time, they put the spiders in an “arena” that had four walls. Three were foam-core walls, and the fourth wall was the screen of the iPod touch. They allowed each spider to acclimate to the arena and waited for its head to face the screen. When that happened, they remotely started an animation of a black circle either looming towards the spider or retreating from the spider. The results they got were quite interesting.