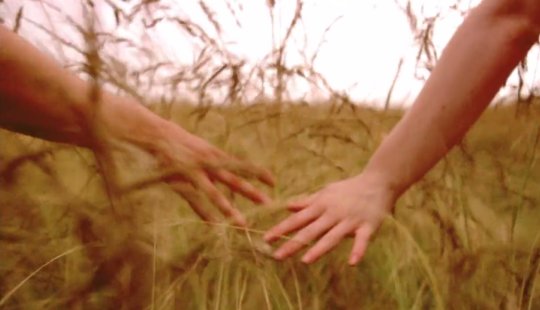 Over the past few years, I have been writing a series of elementary science courses for home educated students. Since the courses discuss scientific concepts in chronological order, I have spent a lot of time learning the history of science. In the process, I have found that a lot of what I was taught in school (including university) about how science developed is simply false. I have also become acquainted with the views of many great scientists from the past, which has allowed me to learn from them. I want to discuss one of those great scientists in order to share something I have learned.

James Joule was born in 1818. Because his father was a successful brewer, chemistry was in his blood. He was taught at home for many years, and then his father sent him to study under John Dalton, the founder of modern atomic theory. Dalton suffered a stroke two years later, but his influence on Joule continued long after he stopped teaching. Even though Joule ended up taking over the family brewery, he spent a lot of time doing experiments, mostly focused on trying to explain electricity and magnetism in terms of Dalton’s new atomic theory.

However, the more experiments he performed, the more interested he became in the heat that was generated in electrical systems. As he studied heat, he eventually demonstrated that he could convert mechanical energy into heat. This allowed him to argue that heat is just another form of energy, which went against the scientific consensus of his day. Of course, today we know he was correct, and because of that, the standard unit for measuring energy is named after him (the Joule).

END_OF_DOCUMENT_TOKEN_TO_BE_REPLACED

Ever since I learned about it, the phenomenon of mutualism has fascinated me (see here, here, here, here, here, here, here, here, and here). If you aren’t familiar with the term, it refers to a situation in which two or more organisms of different species work together so that each receives a benefit. One of the most common examples of this kind of relationship is found among fungi and plants (see here and here). The fungi (called mycorrhiza) extract nutrients from the plants, but in exchange, they provide the plants with critical nitrogen- and phosphorus-based chemicals that the plants have a hard time extracting from the soil. As a result of this relationship, both the plants and the fungi thrive. It is not surprising, then, that the vast majority of plants in nature form relationships with mycorrhiza.

Swiss researchers were recently studying trees in a forest, and they learned something rather surprising about these mycorrhiza. They facilitate the exchange of nutrients between different trees in a forest, even trees of different species!1 Why is this so surprising? Well, it is thought that trees in a forest are in constant competition with one another. They compete to expose their leaves to the sunlight so they can produce more food via photosynthesis. They compete for the nitrogen- and phosphorus-based chemicals that they must absorb from the surrounding soil. They even compete for the water in the soil. Despite this perceived competition, however, there seems to be at least some cooperation as well.

END_OF_DOCUMENT_TOKEN_TO_BE_REPLACED

In a 2003 speech, John Kerry complained about the Bush administration, saying:

During the heat of the “stem cell wars,” this was a common refrain. Life-saving treatments could be produced with embryonic stem cells, and anyone who questioned whether or not it was morally acceptable to destroy one life in order to experiment with saving another was “anti-science.” Never mind that there are stem cells in everyone’s body, commonly called adult stem cells, and those stem cells also have the potential to cure illnesses. Everyone “knew” that using embryonic stem cells would be better.

What’s the difference between embryonic stem cells and adult stems cells? Well, most of the cells in your body have specific tasks. Your skin cells perform one set of tasks, while your muscle cells perform another set of tasks, your liver cells another set of tasks, etc., etc. These cells have all “specialized” so they can perform their tasks efficiently. A stem cell, by contrast, is a cell that hasn’t yet “specialized.” It can develop into many different cells, depending on your body’s needs.

END_OF_DOCUMENT_TOKEN_TO_BE_REPLACED

The Day After Tomorrow was a 2004 film co-written, directed, and produced by Roland Emmerich. It depicted the destruction of a good fraction of the United States by a terrible weather calamity that had been brought about by global warming. While it was widely recognized as being scientifically inaccurate, it supposedly had a scientific premise. The idea was that global warming had caused so much polar ice to melt that it interrupted the North Atlantic current that transports heat around the world. As a result, outbreaks of violent weather occurred, causing terrible destruction. The media discussed the film a lot back then, and even Al Gore said that while it was fiction, it was a good starting point for a debate about climate change.

While no scientist would ever suggest that such a thing could happen as depicted in the movie (the timescale was way too short, for example), a study was published last year that suggested global warming has started disrupting ocean currents.1 In particular, the paper suggested that the Atlantic Meridional Overturning Circulation (AMOC) was slowing down. Since the AMOC is a “conveyor belt” of currents that move heat around the globe, the study got the media once again talking about the 2004 film.

Much like the science in The Day After Tomorrow, however, the science in last year’s study was (at best) speculative. It relied mostly on computer models as well as some “reconstructions” of surface temperatures that went back to 900 AD. Using these speculative tools, the authors claimed that their study

suggests that the AMOC weakness after 1975 is an unprecedented event in the past millennium. [emphasis mine]

Not surprisingly, a study that suggested something “unprecedented” received quite a bit of media attention. Equally unsurprising, a recent paper demonstrates that actual measurements of the AMOC indicate that there is no evidence for any kind of weakness.