Skip to content
Bill Nye calls himself “The Science Guy,” but most of his actions are decidedly anti-science. In 2012, he made a video saying that we should censor a scientific idea because it goes against the scientific consensus. He also narrated a faked experiment, demonstrating his ignorance of the physics related to global warming. He published a book about evolution that was riddled with scientific errors. He tried to discuss human reproduction and once again, ended up showing his ignorance. He also contends that the discipline which gave us science is essentially useless. The fact that he is one of today’s spokepersons for science is a frightening indication of this generation’s scientific illiteracy.

As I was preparing to blog about a completely different subject today, I realized that over the past few days, I have come across two more examples that indicate Bill Nye really has no idea what he is talking about, so I decided to put off the topic I was going to discuss and write about those examples instead. One of them relates to the first anti-science action I mentioned above. Nye made a video telling parents to stop thinking for themselves and encouraging their children to think for themselves. Instead, he told them to simply parrot what the High Priests of Science say when it comes to the origin of life and its diversity. Obviously, that is about as anti-science as one can get. Along the way, he made an incredibly ignorant statement about the debate regarding origins:

Denial of evolution is unique to the United States.

As I pointed out previously, that is utter nonsense. There are creationist movements in many, many countries, including Australia, Belgium, Brazil, Canada, France, Germany, Hungary, Italy, Japan, Latvia, Mexico, and the Netherlands. Just a few days ago, however, I blogged about a specific example that comes from Germany. In 2015 Dr. Günter Bechly, a German paleontologist who was the curator of the Stuttgart Museum of Natural History, publicly announced that he thinks Intelligent Design is the best explanation for the origin and diversity of life. The Inquisition was mobilized, and he is no longer the curator of the Stuttgart Museum of Natural History. He is now a Senior Fellow at an Intelligent Design Think Tank, and he spoke at an Intelligent Design conference that was held at Cambridge University.

END_OF_DOCUMENT_TOKEN_TO_BE_REPLACED

In 2009, one of the largest German events celebrating the 150th anniversary of Darwin’s book, On the Origin of Species, was headed up by Dr. Günter Bechly, a world-renowned paleontologist with an incredibly impressive list of original research published in the peer-reviewed literature. At the time, he was the curator of the Stuttgart Museum of Natural History, and he wanted to show, in no uncertain terms, that there is absolutely no scientific dispute about origins. As a result, one of the displays in his museum’s celebratory exhibit (shown above) was a scale with creationist and intelligent design resources on one side and Darwin’s book on the other. Darwin’s single book tipped the scale, indicating that the weight of the scientific evidence was in evolution’s favor.

There was only one small problem. Dr. Bechly had not actually investigated any of the resources that were on the “light” side of the scale. Oh sure, he had read other evolutionists’ views on those resources, but he had not actually investigated them himself. He decided to do so, and he was surprised by what he found. As he explains in the documentary Revolutionary: Michael Behe and the Mystery of Molecular Machines:

…and what I recognized to my surprise is that the arguments I found in those books were totally different from what I heard either from colleagues or when you watch Youtube videos where the discussion is around intelligent design versus NeoDarwinian evolution. And I had the impression on one side that those people are mistreated – their position is misrepresented and on the other hand that these arguments are not really receiving an appropriate response. And they have merit.

He ended up being scientifically convinced that Intelligent Design is the better explanation for the amazing world he had been studying his entire career, and he made that decision public in 2015. Then he faced a firestorm.

END_OF_DOCUMENT_TOKEN_TO_BE_REPLACED 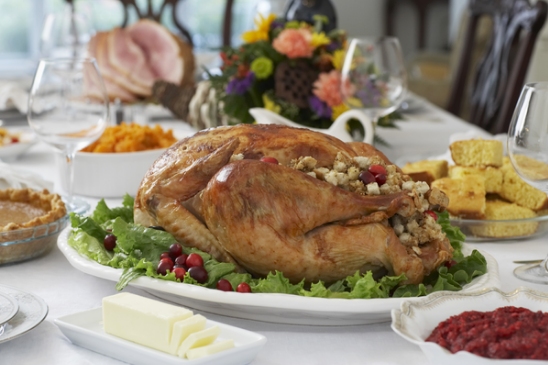 I have written about tragedy and faith in previous posts (see here, here, and here). As Christians, we should understand that the pain we experience as a result of tragedy is temporary in light of eternity. We will eventually be in a place where all tears are wiped away (Revelation 21:4), and that should provide us with some measure of comfort. But there’s a big difference between being comforted and being thankful, isn’t there? Can we really be thankful if we experience a serious tragedy?

Yesterday, I preached at my home church, Wesley Free Methodist. I have preached there a few times before, and you can find three of my sermons and many better ones preached by others on the church’s “Weekly Message” page. This sermon was different, however, because it was not the sermon I wanted to give. It was challenging, and if you listen to it, you will hear my voice crack a few times due to emotion. However, I think the message I am trying to impart is important, so I am sharing it here.

You can listen to the sermon by clicking on the “play” icon in the bar below, or you can right-click on the link below the bar and choose “Save Link As” to download it to your device. If the message touches you and you think you know of someone else it might touch, feel free to share it.

As I was scrolling through Facebook, finding my historical twin and learning what my friends are eating, I noticed a post on my wall. It was from someone I know only through Facebook, but I read her work from time to time, because she is a really good writer. Her post contained the picture above and linked to an article entitled, “WiFi Experiment Done By A Group Of 9th Grade Students Got Serious International Attention. THIS Is Why…” She asked if I knew whether or not the results were legitimate.

The experiment went like this: Students took 12 trays of cress seeds and put 6 of them in one room and 6 in another room. The six trays in one room were next to two WiFi routers, while the 6 trays in the other room were nowhere near a router. They tried to keep everything else (temperature, amount of water given, etc.) the same for all 12 trays. The article says:

After 12 days what the result spoke was clear: cress seeds next to the router did not grow, and some of them were even mutated or dead.

Obviously, then, WiFi routers produce something that kills (and apparently mutates) cress seeds.

I told my Facebook friend that the post reminded me of something that was popular a few years ago. It was an experiment where a person watered a plant with regular water and watered another plant with water that had been in a microwave oven. After several days, the one watered with microwaved water died, while the other one flourished. Obviously, then, microwave ovens are bad for you. Of course, the heart of science is being able to replicate experiments, and many people found that they couldn’t replicate the reported results. Indeed, the Mythbusters did an episode showing that microwaved water didn’t harm plants in any noticeable way.

END_OF_DOCUMENT_TOKEN_TO_BE_REPLACED

There is a new blog that might be of interest to my homeschooling readers. It’s called Homschooling.mom, and as time goes on, it will offer insights from various speakers and authors who are popular in the homeschooling movement.

I wrote two of the articles that open up this blog. The most important one is

Homeschooling: It’s Worth the Tears

It discusses my homeschooling journey with my teenage daughter and what it has meant for both of us now that she is an adult.

The other one discusses some of the research that has been done on homeschool graduates in university. I have discussed the contents of that article in separate blog posts on this site, but the article below compiles the information into one source:

I hope you enjoy the articles. I also hope you remember to go back to homeschooling.mom, because I suspect that it will be very useful to those who are still homeschooling.